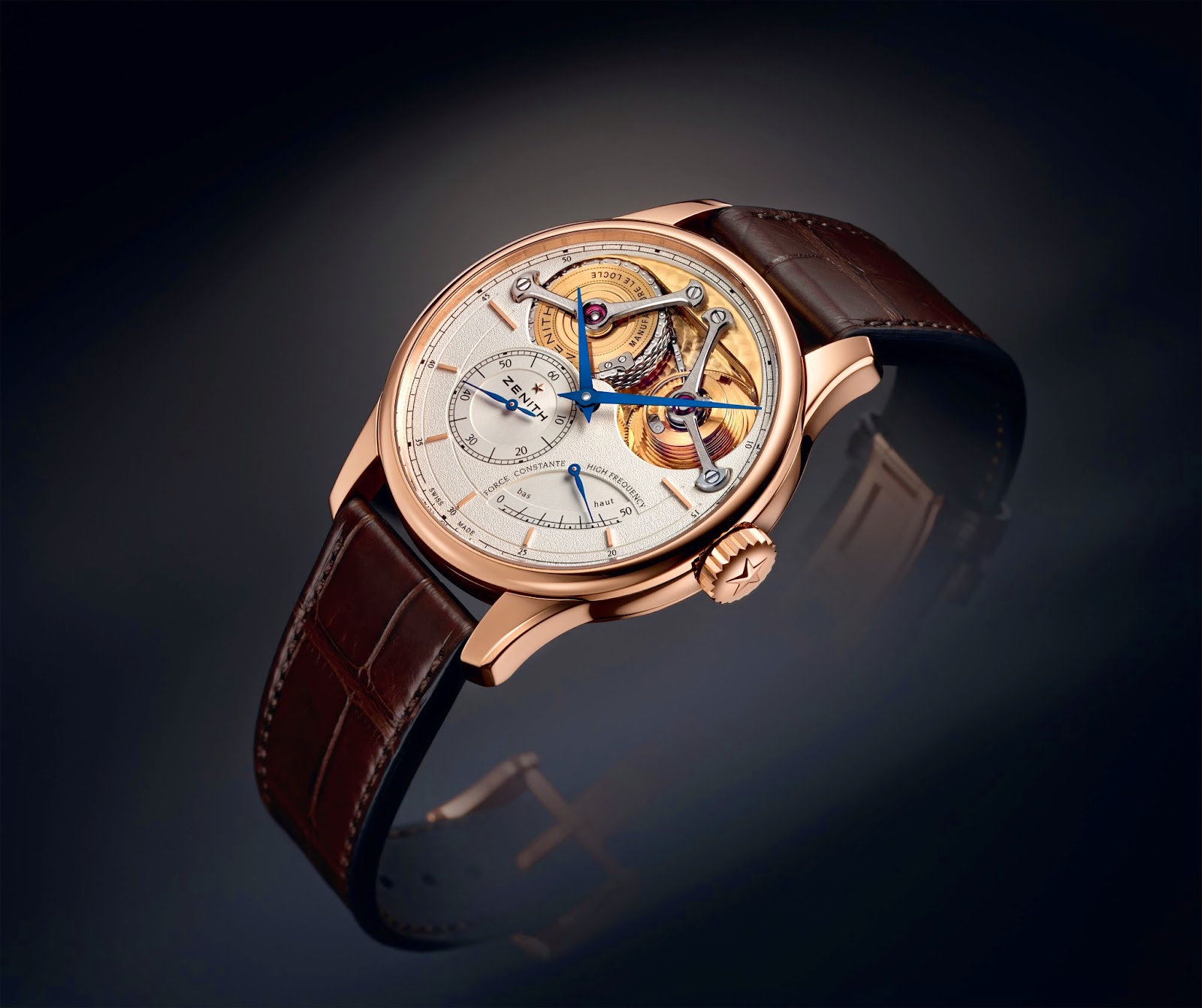 One of the first industrial watch Manufactures in the modern sense of the term was born in a small Swiss village. To fully grasp the revolution such a company represented at the time, it is well worth trying to imagine the winter of 1864 in Le Locle, nestling in the Neuchâtel mountains. Like every other year, the season was far too harsh for tilling the soil and drove farmers to become watchmakers. In 1865, Georges Favre-Jacot, a youthful native of the village barely 22 years of age, founded his watch factory. It was not the first, nor the only one, but it would change forever the way of producing watches. He had spacious light-filled workshops built in a location where they still stand today. They were the first to be fitted with electric lighting and he assembled all the region’s key talents there. Over the years, the factory grew into an international company renowned for the excellence of its production and Georges Favre-Jacot became a captain of industry such as one encounters only a handful per century. Throughout the period the firm remained under his wise guidance, this youthful visionary would consistently instil a unique mind-set into his teams.

Daring is the mother of innovation…
The daring cultivated by a company is a state of mind that must flow from the top down. The “Zenith spirit”, the famous enterprising spirit of George Favre-Jacot, passed on by subsequent generations, became a genetic code nurtured by a whole host of artisans at the height of their powers. The very ones who would enable the Manufacture to set a number of records, including an absolute all-time one: 300 patents, 600 movement variations and 2,333 prizes in the field of chronometry (precision timekeeping).

Innovation inspires artisans…
1969. Six months before humankind’s first steps on the moon, the Zenith master-watchmakers introduced the world’s first integrated automatic chronograph movement. While it was the first of its kind, it was also the most accurate, since it beat at the hitherto unprecedented frequency of 36,000 vibrations per hour. The aptly named El Primero chronograph movement has since given its name to an entire Zenith collection and equipped a number of Haute Horlogerie models. While it has now earned the status of an industry benchmark, the Manufacture has never ceased surpassing itself in the demanding field of precision.

Artisans add their own touch of mastery…
The best means of alleviating the loss of amplitude of a movement that is winding down is to compensate for the progressively reduced force of its barrel. Two years of research and development enabled the Zenith magicians to accommodate within the tiny space of a wristwatch a 300 year-old system: the fusée and chain mechanism. The helical shape of its fusée means that the mechanism is able to keep the driving force perfectly stable, even during the letting down of the spring. The chain ensuring transmission between the barrel and the fusée comprises 575 parts and measures 18 cm long. Double links alternate with intermediate links to create a highly complex structure that enables the chain, once rewound, to withstand an over three-kilo traction force. Throughout the power reserve (at least 50 hours), the mainspring transmits its energy to the fusée via the chain which coils around the barrel. By adjusting the variations in tension, the fusée regularises the force distributed to the going train and then to the silicon escape-wheel. The size and the cone-like shape of the fusée stem from particularly complex calculations performed for each of its seven construction stages. 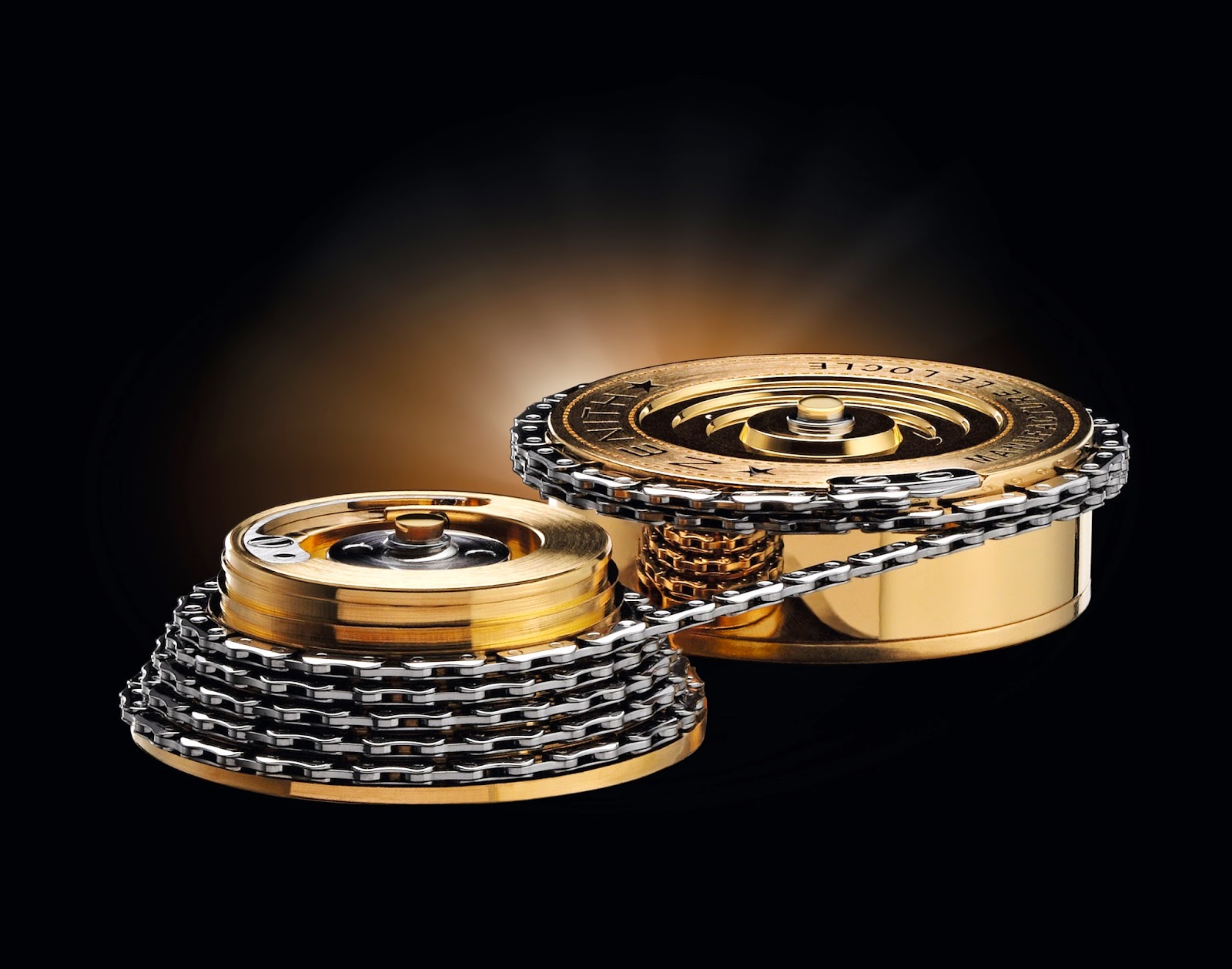 Mastery engenders daring…
To mark Zenith’s 150th anniversary, the Academy Georges Favre-Jacot offers a magnificent compendium of the multiple skills exercised within the Manufacture. More than a mere tribute, this Haute Horlogerie model testifies to a profound respect for the spirit of the founder without whom nothing would have ever have taken shape.

On the technical side, the Academy Georges Favre-Jacot naturally houses – what else? – a high-frequency hand-wound El Primero 4810 movement. Occupying the entire lower right-hand side of the dial, the power-reserve display between 4 and 5 o’clock topped by the inscriptions “Force constante” and “High frequency”, gives an immediate indication of the movement’s high quality. To its left, the small seconds subdial between 7 and 8 o’clock bears the logo of the Manufacture with the guiding star.

But the feature that immediately catches the eye and will strike connoisseurs is the upper dial opening revealing the fusée and chain transmission, with the barrel between 10 and 11 o’clock and the fusée around which the chain wraps itself located between 1 and 2 o’clock. While the movement takes more than 50 hours to unwind, meaning for the chain to coil around the barrel, a few seconds of winding via the stem are enough to see the fusée and barrel turning counter-clockwise to the running direction in order for the chain to once again wrap around the fusée. Two bridges screwed to the mainplate support the arbors of the fusée and barrel, giving the watch the look of a late 19th century architectural accomplishment. The barrel is engraved with the inscriptions Zenith/Manufacture Le Locle.

The finest talents of the Manufacture were enlisted in achieving this masterpiece logically issued on this exceptional occasion in a 150-piece limited edition. The incredible technical sophistication of the Academy Georges Favre-Jacot is teamed with an equally refined aesthetic approach to its exterior, combining modern lines with perfect proportions, while evoking the brand’s glorious past. The 18-carat rose gold case, along with the brown alligator leather strap, undoubtedly contribute to its noble bearing. The slender bezel rims a grained silver-toned dial crafted according to the finest watchmaking traditions. The hours and minutes hands are blued, while the seven hour-markers are gold-plated and facetted.

Daring, today as in yesteryear
150 years of creations infused with a sense of daring and an enterprising spirit deserve a celebration! 2015 will be a festive year brimming with events that will be announced in due course. Watch this space…