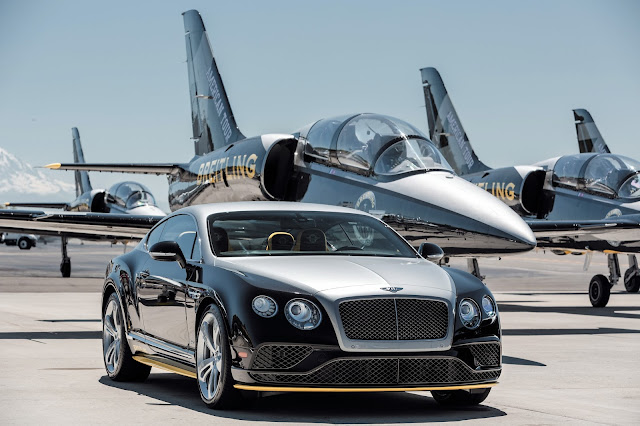 Breitling and Bentley unveiled the Bentley Continental GT Speed Breitling Jet Team Series at the Seattle Boeing Seafair Airshow. Owners of these bespoke Mulliner vehicles were presented keys to their seven cars in front of the seven jets by the matching jet pilot, and also received the corresponding Chronomat 44 Breitling Jet Team Limited Edition numbered timepiece. After seeing their cars for the first time, guests experienced a once-in-a-lifetime passenger flight in formation with the Breitling Jet Team high above the Seattle skyline.
The Breitling Jet Team is the world’s largest professional civilian flight team performing in jets, comprised of seven L-39 C Albatros Jets that can reach speeds of up to 565 mph and fly within just a few feet of each other. Like their automotive counterpart, the Bentley Continental GT Speed, the team is widely recognized for their breathtaking displays, incredible speed, and flawless performance. 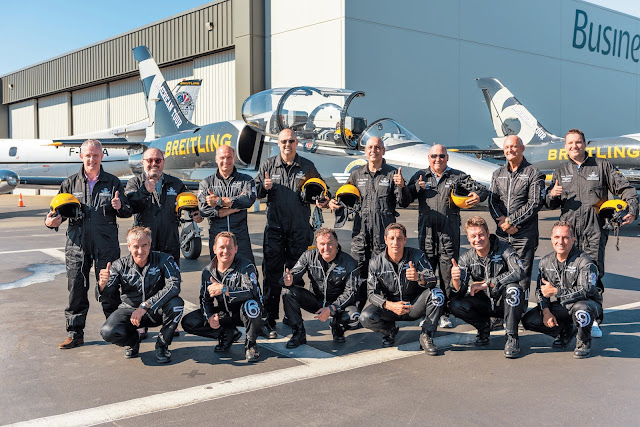 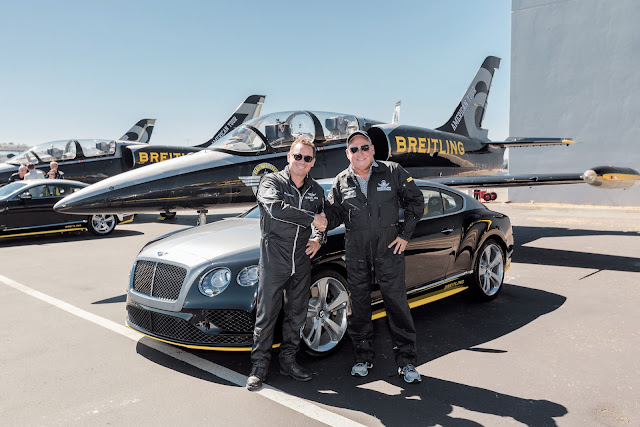 The vehicles were designed through Bentley’s exclusive Mulliner bespoke design program, complete with a special livery and interior materials designed to echo elements of the Breitling Jet Team aircraft. The vehicles are outfitted to satisfy the most discerning customers with a special exterior that includes a striking duo-tone split of Hallmark and Onyx with highlights of Breitling Yellow matching the jets. Each of the seven cars is individually numbered to signify its place in the limited production run, which matches the number of jets in the team’s fleet. In addition to the customized exterior, the interior has unique seats accented with the signature Breitling Yellow. The Continental GT Speed is Bentley’s fastest production vehicle ever, powered by a 6.0-liter twin-turbo W12 with 626 hp and a top speed of 206 mph. The Breitling Chronomat 44 Jet Team American Tour timepiece features the Breitling Jet Team logo on the dial, a sleek black steel case, Onyx black dial, and distinct yellow accents mirroring the colors of the Jet Team’s fleet. The caseback features the Breitling Jet Team American Tour logo with the limited edition numbering. In 2002, Bentley caused a sensation by launching the Continental GT, the most powerful Bentley ever built. Breitling lent its personal touch to this epitome of luxury and performance by participating in the design of the technical instruments and creating the onboard clock. It was the very first time that Bentley had entrusted this task to a watchmaker. The Breitling for Bentley collection was born from the grand art of British car making and the fine Swiss watchmaking tradition.
The partnership launched in 2003, the same year Bentley made its big comeback on the track of the Le Mans 24 Hours race by winning the two top spots right off the bat. More than 13 years later, this rich family of Breitling for Bentley chronographs has won over the planet through their unique blend of elegance and performance, power and style, sportiness and refinement. 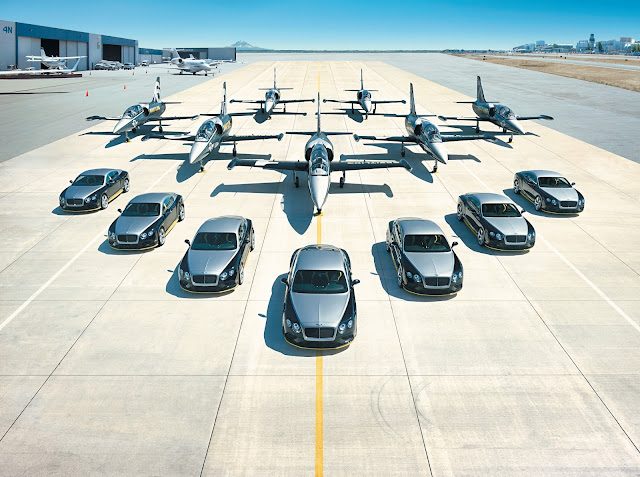