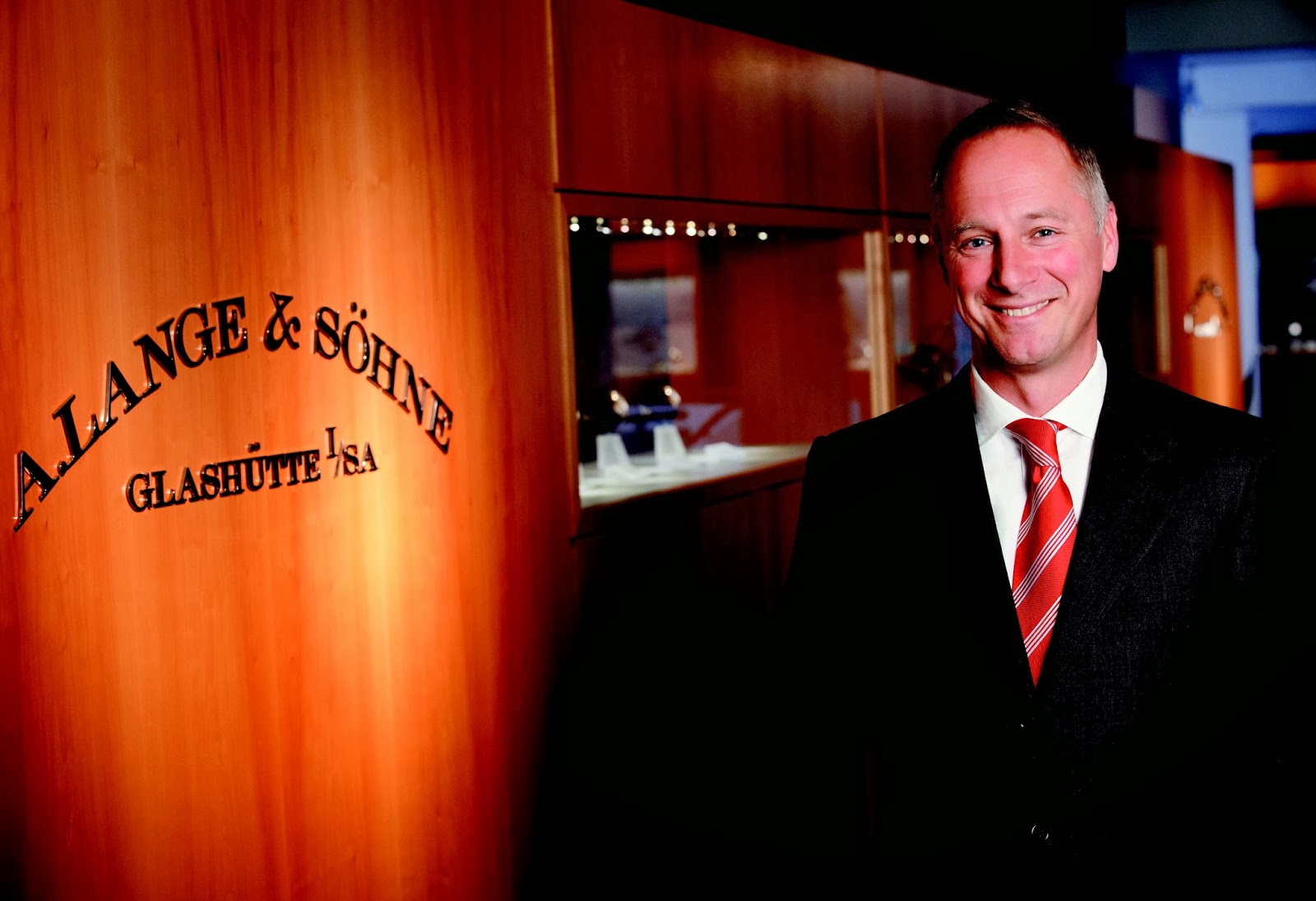 As CEO of A. Lange & Söhne, do you forsee a new era for the brand?
A. Lange & Söhne is a brand that constantly does the utmost to improve its products and perpetuate its legacy. With an attractive and balanced range of timepieces, highly qualified employees, a powerful distribution network and the extension of our premises we are well placed for the future.

How would you define the last ten years of the brand? How do you foresee the next 10 for A. Lange & Söhne? Are there any changes in the positioning / strategy of A. Lange & Söhne? What are your priorities for the next two years? In the past decade, we have experienced a growing demand for timepieces with sophisticated complications. From our present point of view, an end to this demand situation is not to be expected. We have met this sustained global trend with many exciting developments, and we will have attractive new products to address it in the future. In other words: We will pursue our policy of watchmaking excellence and uncompromising craftsmanship.

This year, A. Lange & Söhne surprised everyone at the SIHH in Geneva with the Grand Lange 1 “Lumen”.
Is  this a change in strategy or a result of the crisis that is affecting the whole of the western world? Or is it an attempt to seek younger customers?
In fact, we had even more surprises. With the Grand Complication, the 1815 Rattrapante Perpetual Calendar and the Grand Lange 1 “Lumen” we have launched three horological highlights. The 2013 collection pays tribute to the brand’s tradition and yet again manifests our ambition to push the boundaries of fine mechanical watchmaking. The idea behind the Grand Lange 1 “Lumen” was to draw the attention to the invention that is perhaps most associated with the brand. Next to the decentralised dial layout it is above all the Lange outsize date that contributed most to the Lange 1’s status as a design icon.

With a new “face” leading the brand, what can we expect in the near future?
That the brand keeps the promise that it has given when it was restarted in 1990: Our ambition to never stand still will keep us committed to the ethics of the arti­san and inspired to enrich the world of fine watchmaking with meaningful contributions. 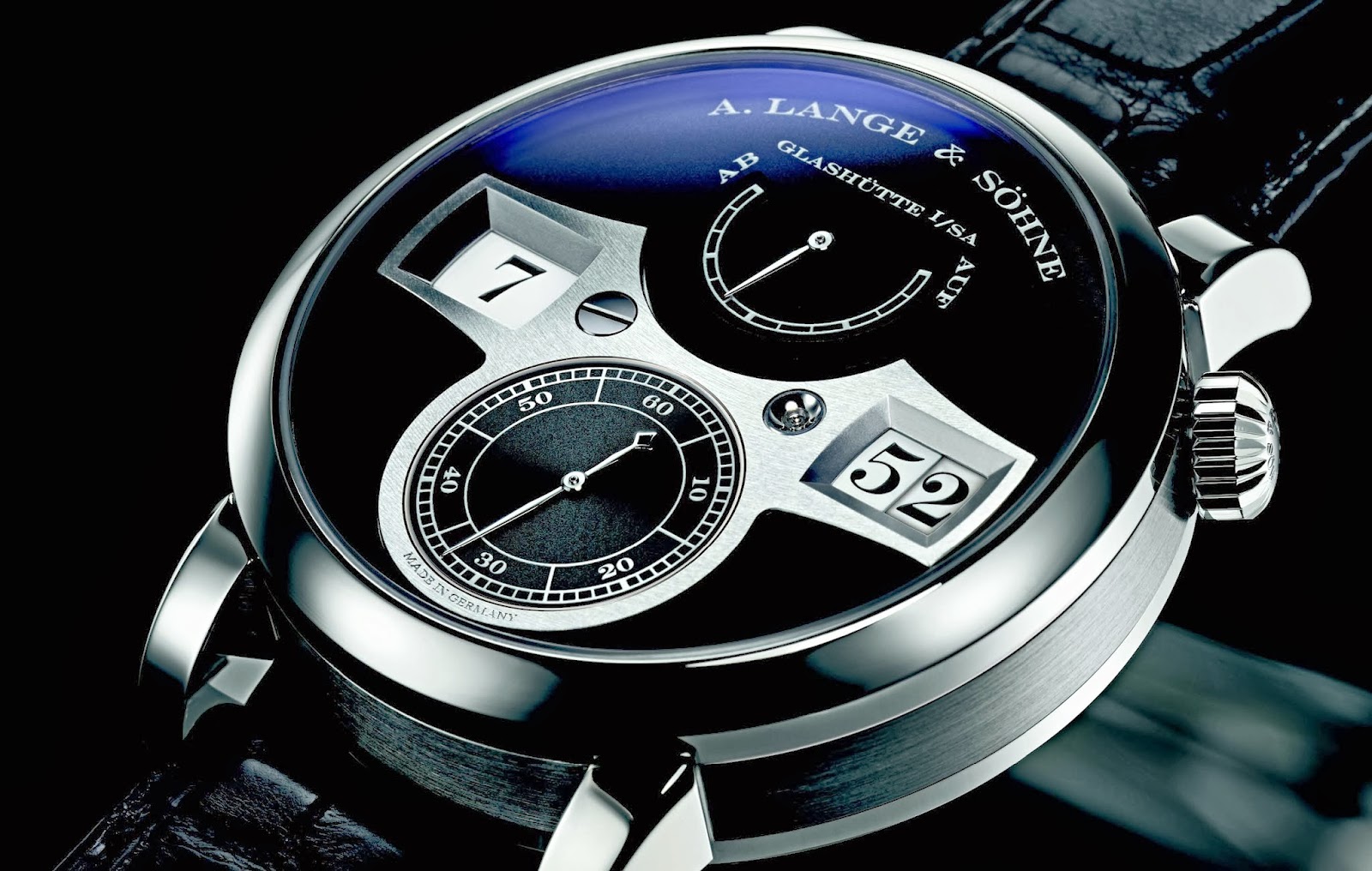 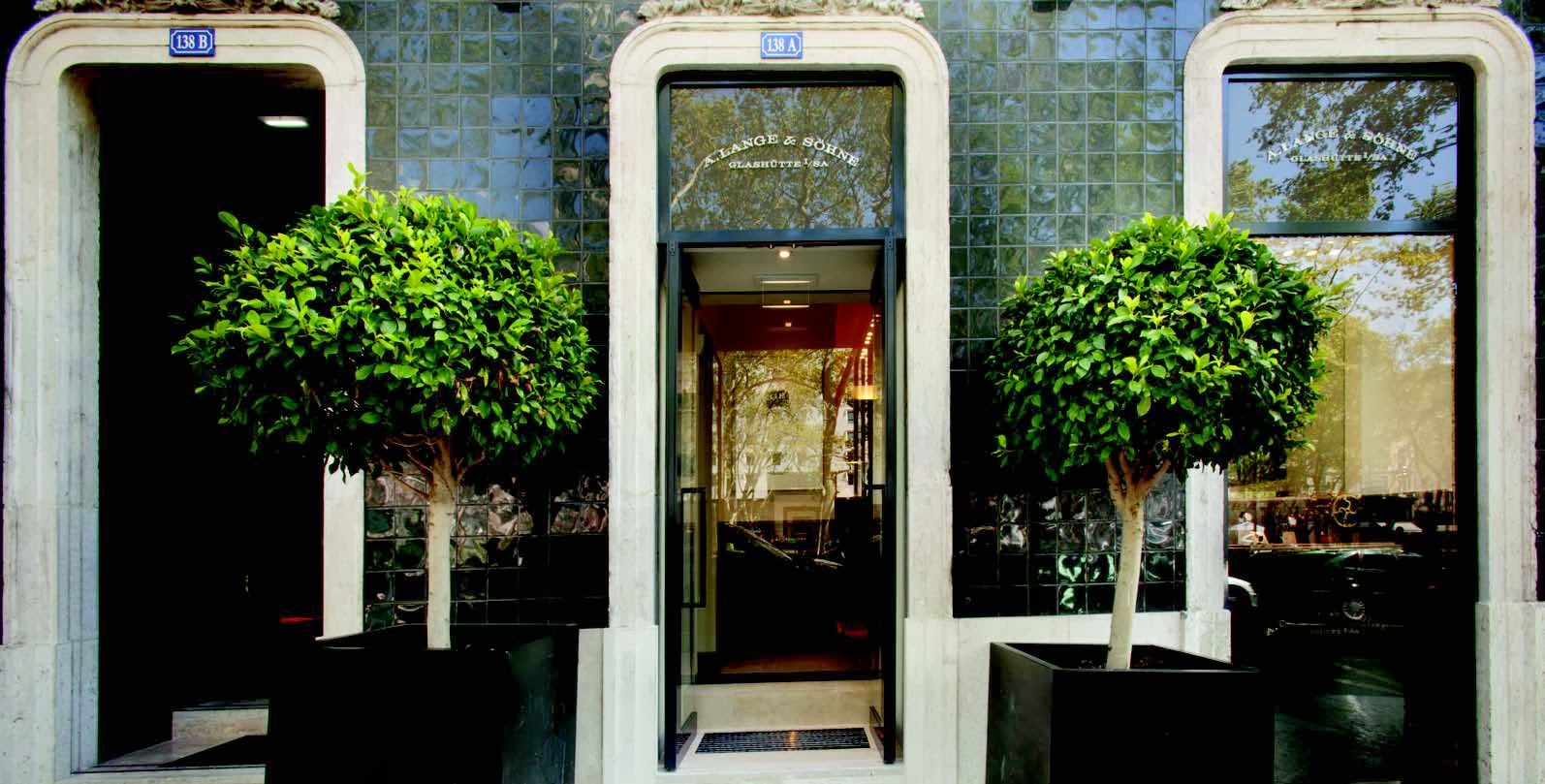 Will A. Lange & Söhne remain a masculine oriented brand or do you plan to invest in the seduction of the feminine universe?
Although the majority of our customers are male, more and more women invest in horological complications and we know quite a few female collectors who have made A. Lange & Söhne their preferred brand because our timepieces combine the best of two worlds: They represent handcrafted mechanical excellence and timeless elegance. A. Lange & Söhne has reacted to women’s interest in mechanical watches regularly right from the beginning. In the 2013 collection our respect for the female audience is reflected in a diamond-set model of the Saxonia Automatic in pink or white gold.

How do you see the future (with regards to the crisis that is besieging the western world)? Does this pose a threat for the Swiss watch industry?
Whatever the economy brings, many customers see the purchase of a watch as an investment. A brand like A. Lange & Söhne benefits from this development. Recent successes at international auctions show that our timepieces hold their value, which comforts customers in their purchases. As a German brand, we cannot speak for the Swiss watch industry, but as far as A. Lange & Söhne is concerned the outlook is clearly positive.

Will you develop the next A. Lange & Söhne models to suit the BRIC markets (Brazil, Russia, India and China)?
Our watches are not designed for a specific market but with a horological issue in mind. Thanks to a diversified model range and brand message that is globally understood we have been facing a very pleasant development across all regions in which we operate.

What is your impression/opinion on the Portuguese and Spanish markets?
For us, both Portugal and Spain are established markets with a highly developed watch culture. Here A. Lange & Söhne enjoys loyal fan communities, which we want to expand.

Are markets such as Brazil, Angola or countries like Argentina or Colombia a target for you? Do you keep an interest in these markets?
We expect the most significant growth for A. Lange & Söhne in the countries with the highest economic growth. We already have a strong position in Europe, Asia Pacific and the US, and we believe that the BRIC countries will play a major role for our brand in the future. These markets offer huge potential for our brand.

Which reason led A. Lange & Söhne to open a store (The third in Europe) in Lisbon?
After Dresden and Paris, Lisbon is indeed our third European boutique. We have a very strong customer base in and around Lisbon. We think that this is good enough reason to give the brand a home of its own in the region. 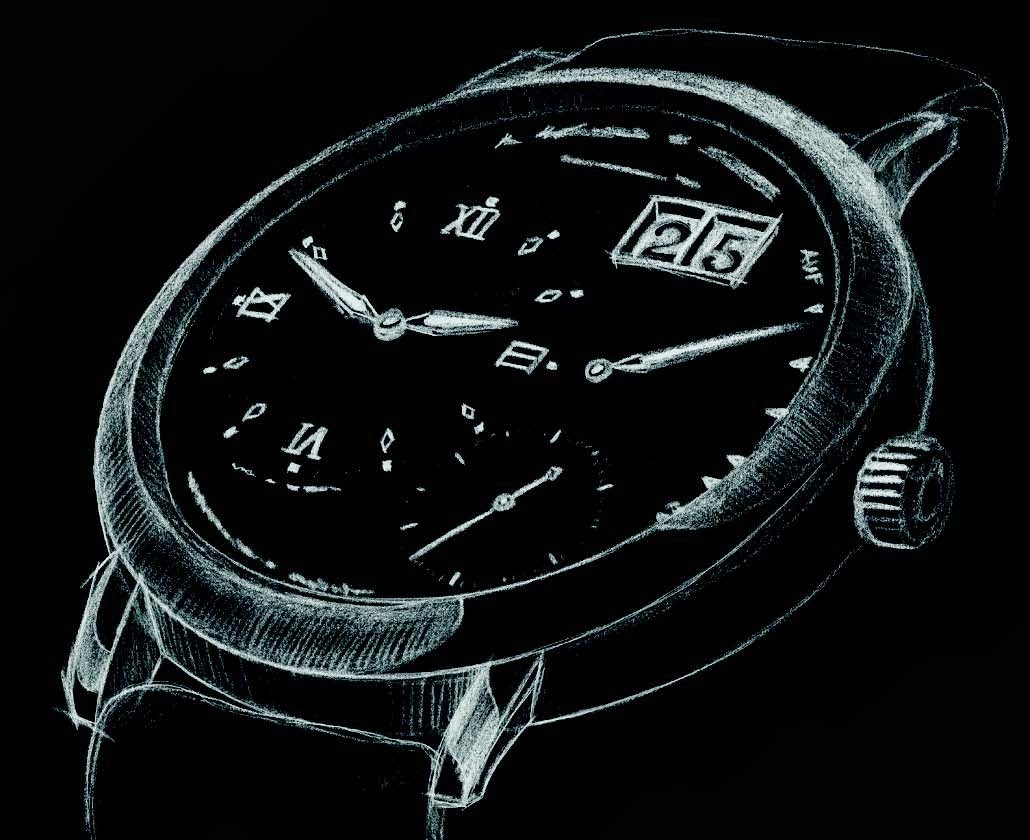 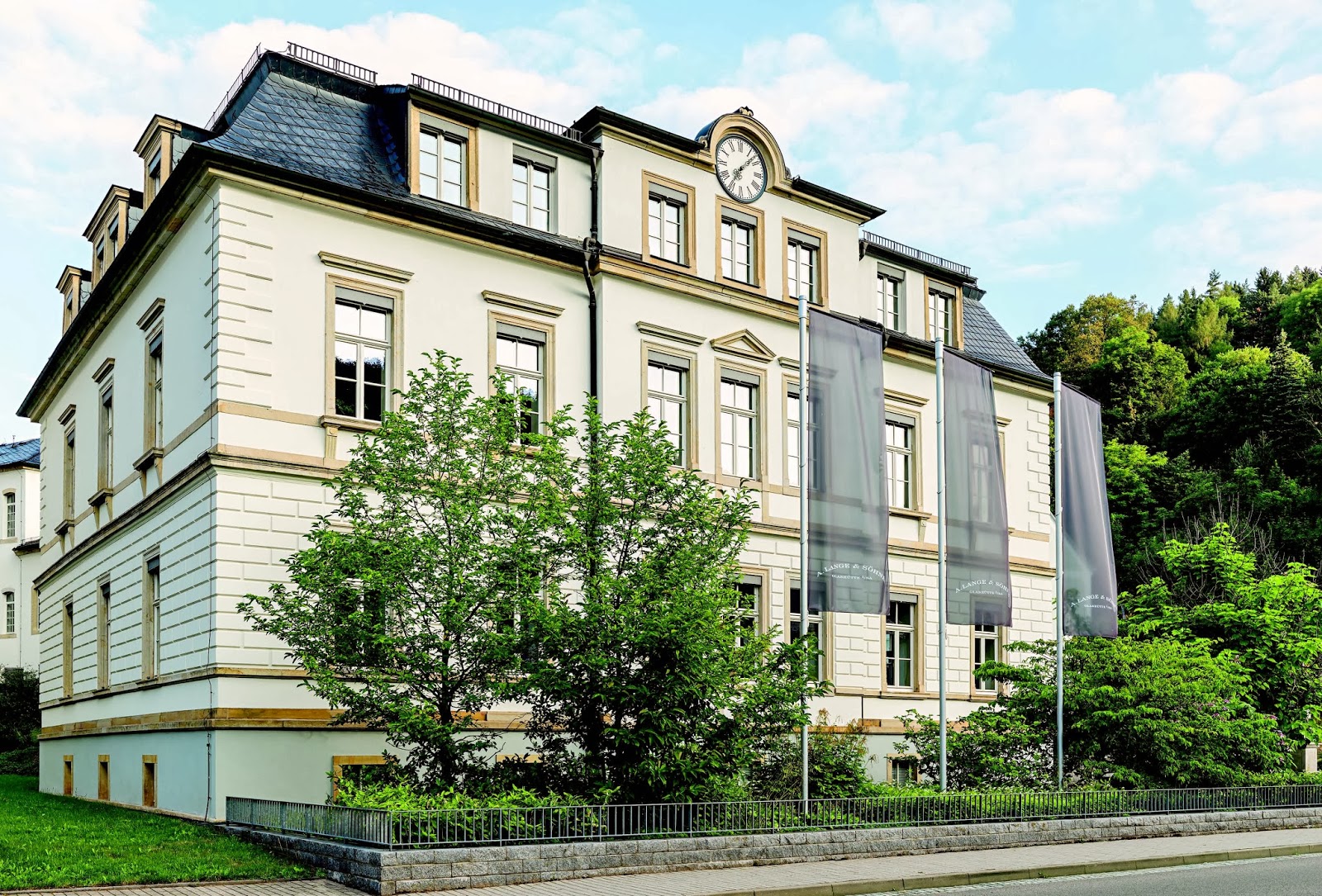