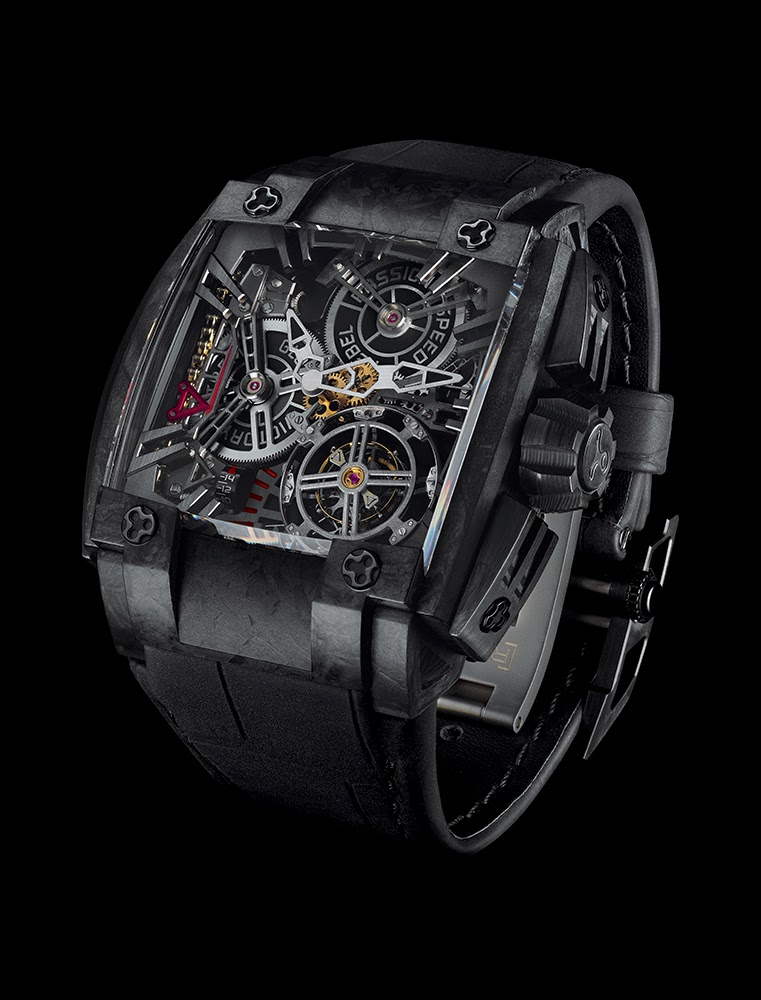 
It’s often said that a watch reveals something about its owner. However, a watch also reveals much about the brand that created it.

Rarely has a timepiece reflected its creators’ experience and expertise so appositely as the 540 Magnum Tourbillon by REBELLION. Why? Because it so strongly embodies the Swiss brand’s deep involvement – and success – with Rebellion Racing in endurance car racing.

The 540 Magnum Tourbillon is yet another REBELLION winner, exuding the all-conquering automotive pedigree that the brand has been accruing ever since it rocketed off the starting grid in 2008. 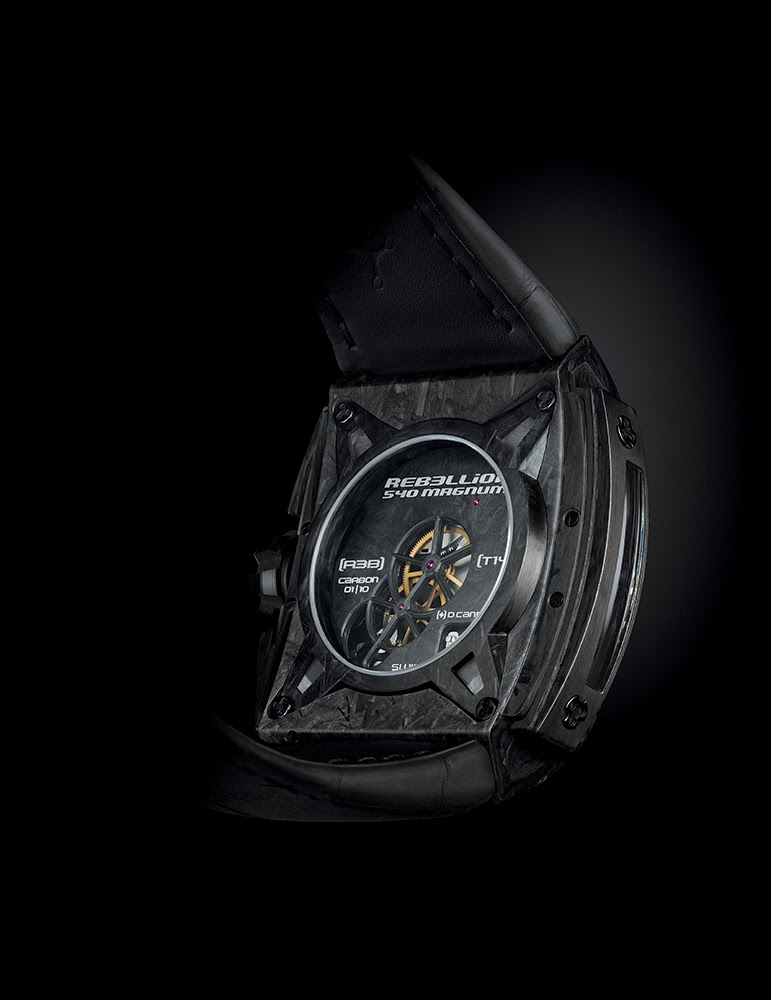 And just like a top-class racing car, through clever design and the harnessing of the latest material technology, the 540 Magnum chassis and shell are engineered to be super lightweight while retaining maximum rigidity.

The T-14 features a large-diameter, ceramicized-magnesium tourbillon cage. The mainplate and ¾ back plate are respectively crafted from aluminum and race-inspired carbon fiber, setting the tone for a cutting-edge sandwich of aluminum and carbon fiber layers throughout the movement. The imposing, almost-square case – constructed modularly in high-tech carbon fiber – is complemented by a race-ready natural rubber strap and bespoke double folding buckle.

REBELLION Timepieces are so into racing that with the 540 Magnum, they are literally and figuratively wearing their heart on their sleeve thanks to the eye-catching openwork dial: The balance wheel – the beating heart of the timepiece – rotates proudly in the raised, crenelated tourbillon cage at 4 o’clock, while the dual mainspring barrels, double braced titanium bridges and gear train – all featuring automotive architecture and motifs – provide a technically rich backdrop to the central skeletonized hour and minute hands, skeletonized retrograde seconds lever to the left of the tourbillon cage at 6 o’clock and two power reserve displays: An at-a-glance bright red arrowhead on the chain at 9 o’clock, plus a precision indicator on a roller at 7 o’clock.

The Rebellion 540 Magnum Tourbillon is a limited edition of 10 pieces with carbon fiber case. 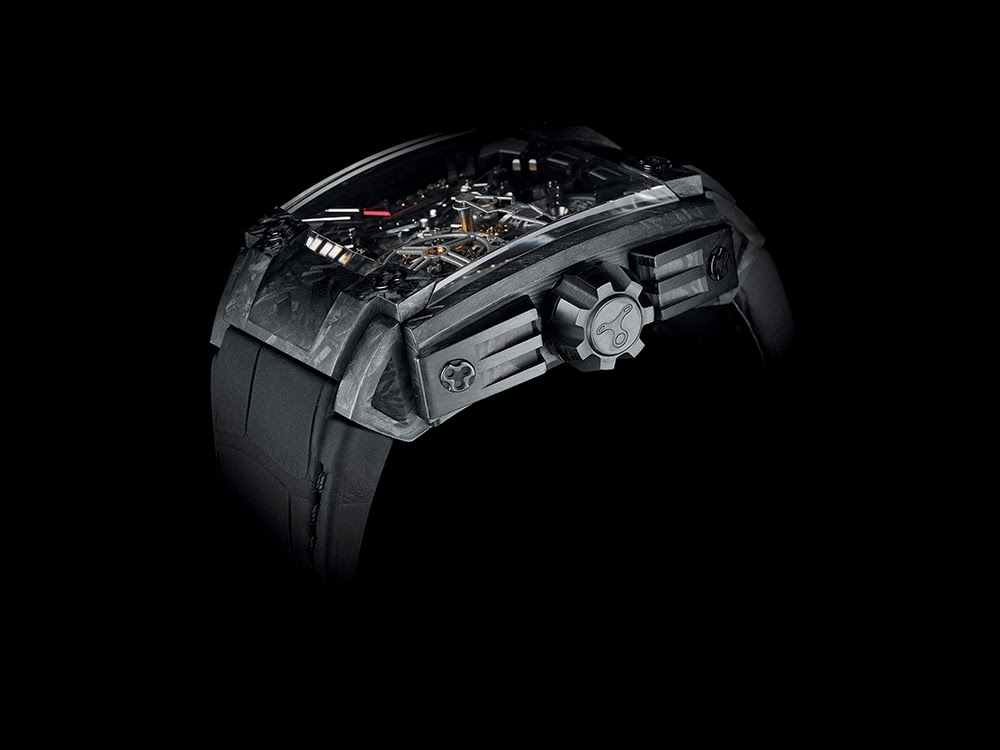 
¾ back plate in carbon fiber


Each barrel engraved with inspirational words