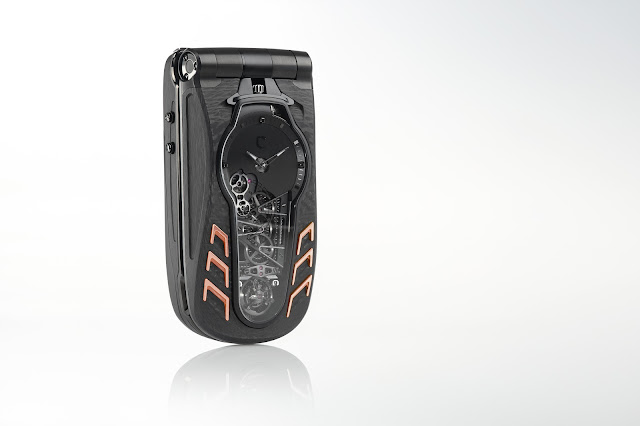 
Celsius X VI II, the pioneer brand in the development of amazing mechanical mobile phones, strikes again with a revolutio ary new creation: LeDIX Furtif.
With 700 mechanical parts clad in a body of stealth carbon fiber, framed with six golden wings and propelled by a tourbillon engine throbbing beneath a sapphire crystal breast-plate, LeDIX Furtif flies invisibly through the most exclusive hubs around the world.


It took Celsius X VI II no less than five years to create this nomadic object, a process that involved multiple challenges:


- elimination of any magnetic effects on the mechanism and especially on the balance-spring so as to ensure the highest possible accuracy.


- development of the Remontage Papillon, a patented system housed in the hinge of the object and providing the watch movement with an additional three hours’ power reserve with each opening


- design of the most ergonomic interface serving to provide enhanced user friendliness by ensuring particularly intuitive use of the phone functions. 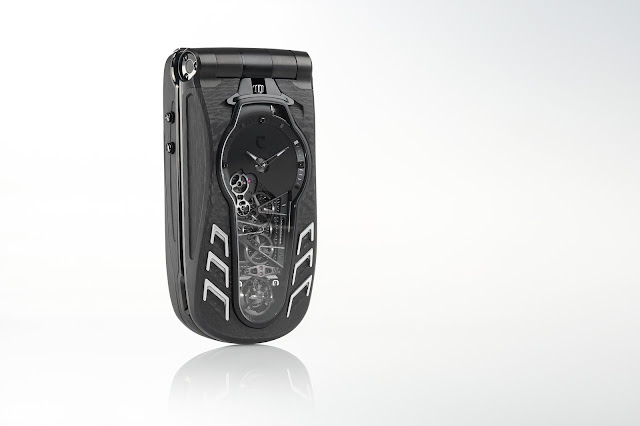 Significantly inspired by the stealth technology used in the most advanced aircraft, LeDIX Furtif is the very first mobile phone with a carbon fibre structure endowing it with sturdiness, lightness, a virile new total-black look, and an invisible shot of power and strength. No less than 35 engineers, watchmakers and other artisans are involved in creating this prestigious nomadic object.


Boldly challenging existing norms, and evoking the hidden human desire for self-created rules and codes, LeDIX Furtif is destined to put the emotions back in communications, and to strike a blow for wild creativity. 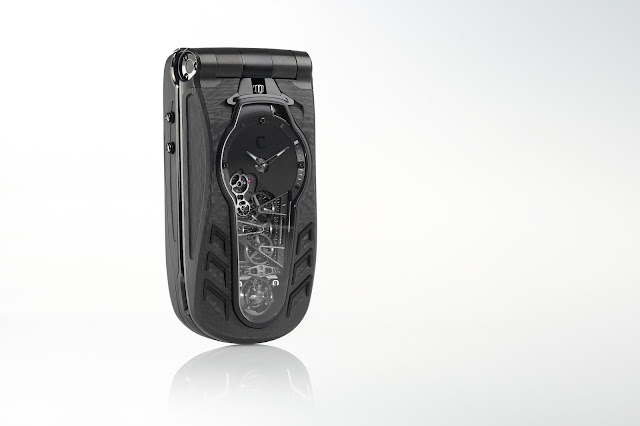