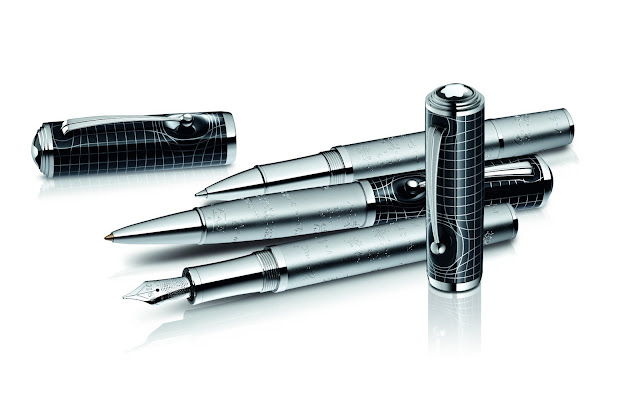 Montblancʼs Limited Edition Writing Instruments are designed and created in honour of the great
individuals who, through their unique talent and vision, have made an enduring impact on mankind.
True to this tradition, Montblancʼs Great Characters Limited Edition brings to life the extraordinary
genius of Albert Einstein (1879-1955). With an unparalleled ability to understand the most complex
mysteries of the physical universe and an insatiable desire to break new boundaries, no man of
science has achieved such widespread recognition for his contribution to the advancement of
human knowledge. Now this writing masterpiece, available in an Albert Einstein Limited Edition of
just 99 pieces and an Albert Einstein Limited Edition of 3000 pieces, celebrates Einsteinʼs
remarkable legacy.

The German-born Swiss-American theoretical physicist, philosopher and author is widely
recognized as the greatest scientist of all time. The now famous equation “e=mc2” gave the
scientific community a way of unlocking the previously unknown mysteries of the Universe. He was
awarded the Nobel Prize in Physics in 1921 for his overall achievements in Theoretical Physics
and his discovery of the law of the Photoelectric Effect. In addition to profoundly altering our
understanding of space, time and energy with his scientific discoveries, Einstein became a
passionate advocate of peace, world order and cooperation.

The infinite knowledge and moral
stewardship Einstein left behind are brought to life in Montblancʼs latest Great Characters Edition.
With a limitation number of 99 pieces, a reference to the chemical element ʻEinsteiniumʼ with the
ordinal number 99, the Limited Edition is a masterpiece in design. Every detail brings to life the
groundbreaking work that earned him such respect and admiration internationally. Crafted from
750 solid white gold, the body of this precious piece is covered with a skeleton net with a filigree
overlay representing the space-time curve, Einsteinʼs disruptive discovery that demonstrated how
in his universe, space and time are no longer flat but can pushed and pulled, stretched and warped
by matter.

The filigree engravings on the barrel and cone of the pen reflect his most famous formulas, and the
nib is enriched with the engraving of the chemical element ʻEinsteiniumʼ or ʻEsʼ, a rare radioactive
metal named after Einstein to honour his achievements. The penʼs clip is bejewelled with a
sapphire bowl of approximately 1,3 ct, while the iconic star-shaped Montblanc emblem carved out
of moonstone crowns this masterpiece with its luminous display of colours.

A numerical reference to Einsteinʼs outstanding body of work, the limitation number of Albert
Einstein Limited Edition 3000 refers to the speed of light measured at ~300.000.000 m/s. While
platinum-plated lines defined in the dark blue lacquer of the penʼs cap represent the space-time
curve, the platinum barrel is engraved with his most famous scientific formulas. This 750 gold nib
delivers an unparalleled writing experience. Crowning the top of the cap, the iconic Montblanc
emblem is covered with sapphire glass. This special Edition consists of 3000 Fountain Pens, 1500
Roller Balls and 1500 Ballpoint Pens. 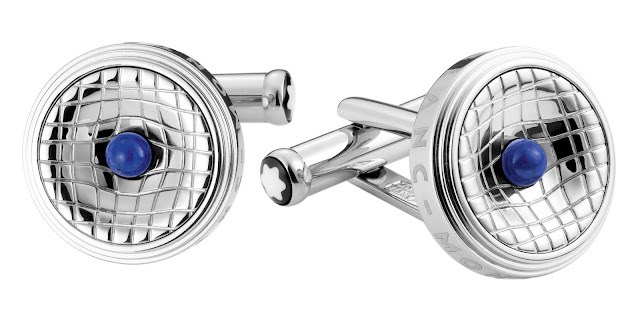 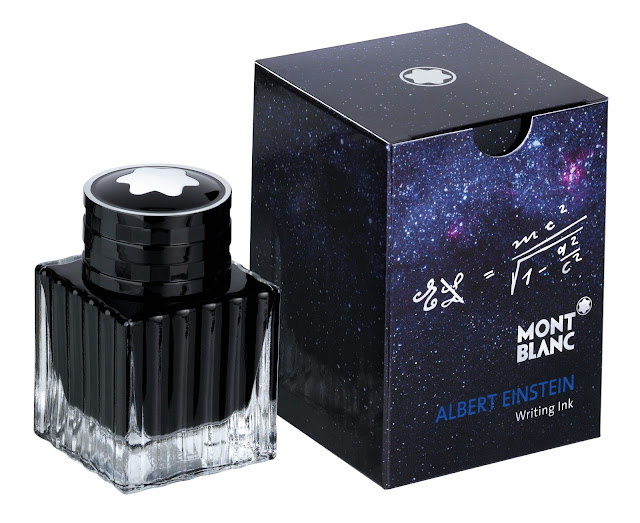 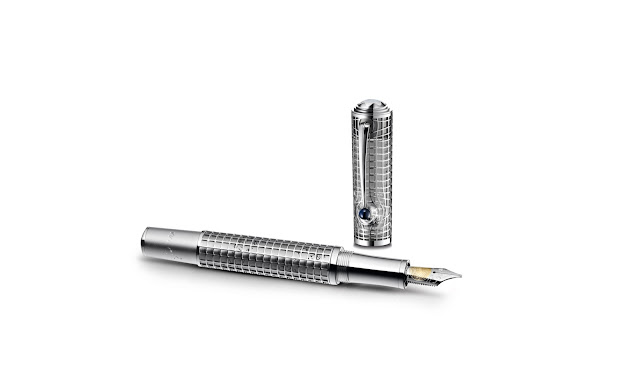